The local charcoal chicken store has become a classic Aussie past time. When you’re hungover from a night of partying or tired from a rough week at work, your local feed haven has always been there for you. Each suburb has its own particular favourite, which often has a cult-like following amongst the locals. Nonetheless, there’s no doubt that some of the most humble charcoal chicken outlets across Sydney are better than others. If you’re willing to travel a little further outside your local community, then you should check out some of the names on the following list. Or maybe you’re one of the lucky ones who have one of these great stores just down the road. Either way, here are some of the best charcoal chicken joints across Sydney and wider New South Wales.

Starting off our list is Chargrill Charlies. What began as a humble little Coogee store in 1989 (which unfortunately closed its doors) has culminated in a chain of 11 stores and a cult following across Sydney. It remains a family-operated business, despite expanding into Melbourne in recent years. Their award-winning recipes keep loyal customers coming back for more, and their commitment to quality remains second to none. Since opening its doors for the first time over 30 years ago, the restaurant has evolved its menu to include both modern and class food items. Rest assured, you can still get its acclaimed Portuguese charcoal chicken, along with some healthy, fresh salads.

El Jannah is famous for two things: its delicious, legendary charcoal chicken and its garlic sauce. Its food comes with a distinct Lebanese flavour and twist, which has made it a cult favourite with the residents of Sydney. Often viewed as the main rival to Chargrill Charlies, El Jannah offer a range of delicious burgers, rolls, meats, falafel, salads and authentic Lebanese sides. If you’ve never given El Jannah a crack, then this weekend might be the time to change that. If you’re unable to get to one of their stores, then check if you’re within their UberEats’ range and have their delicious food delivered straight to your door! 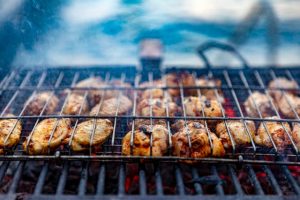 Clem’s the perfect place for your charcoal chicken feed after or before a big night on King Street in Newtown. They shut their doors at 10 pm, so whether you go before or after depends on what type of night you’re planning. What’s great about their food is it’s cheap and delicious, even more so if you’ve polished off a few schooners during the day. So, if you’re ever in the Newtown area, check out Clem’s if you’re desperately craving a feed, or better yet, some charcoal chicken. It’ll more than hit the spot!

One of the best parts about Thirsty Birds (apart from their name) is their sides. Let’s face it; charcoal chicken is best served with all the sides you could possibly dream of, like mixed pickles, waffle fries and even bacon mac ‘n’ cheese. Its Potts Point shop is right near King’s Cross train station as well, so if you’re unable to travel directly there or hate having to park somewhere random in the city (like we all do), then hop on the train line and save yourself the stress. The business recently expanded and how has another store in Newtown – so it looks like Clem’s might have a bit of competition.

Based in the heart of Dulwich Hill, Orrico is a cult favourite amongst charcoal chicken lovers further west of Sydney. Their signature dish is their famed Orrico burger, which is loaded with some juicy poultry, mayo, lettuce and chilli. Much like El Jannah, a lot of their food is inspired by Mediterranean cuisine, especially Lebanese food. Locals certainly love Orrico’s delicious kafta plate, which comes with hummus, tabouli, onion, Lebanese bread and whatever else you could want!

All locals in the Shire have heard of Spit Roast. As the name suggests, they do a mean roast (with your choice of pork or lamb), and of course, excellent charcoal chicken if the roast isn’t exactly what you’re looking for. Moreover, Spit Roast do a bunch of other great local favourites, like their famous pesto pasta, fettuccini and avocado salad! If you’re not sure what you want precisely, then do not fret for Spit Roast has everything you could ever want from your local tuck shop. 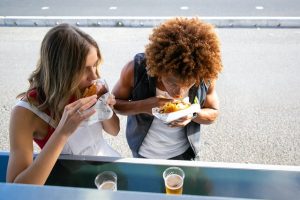 The one thing that Beschico knows how to do better than anyone else in the business is drumsticks. Crispy, spicy or saucy? It doesn’t matter because Beschico does it all! They also have heaps and heaps of diverse dishes, many of which have a nifty Asian twist to them. It could be anything from crispy fried rice to pad Thai with charcoal chicken breast pieces. To top it all off, they do deep-fried ice cream, meaning you’re all sorted for lunch, dinner and dessert.

Frango’s is another one of the big charcoal chicken chains vying for dominance in the Sydney market. Frango’s is your best bet if you’re hungry and in need of a colossal feed because they don’t hold back on the portion sizes. If you’re looking for portion control, steer clear of Frango’s. They’re based in Bella Vista, Smithfield, Penrith, Gregory Hills, Edmondson Park and Petersham.

They opened their doors around the same time as Chargrill Charlies (1992) and continue to rank as one of the best providers in all of Sydney. What sets them apart from the rest is their unending commitment to great food, fantastic service and delectable flavours. Whether you’re eating in or getting takeaway, Frango’s has something for everyone.

There’s only one thing that’s almost as good as charcoal chicken, and that’s ribs. Thankfully, Pablo’s in Surry Hills does both to perfection. Their comprehensive menu, consisting of ribs, chips, salads, burgers, rolls, desserts and the like, means that there is something for everyone. You can order online, and have it delivered if you live in the Surry Hills area or close by.

Topping off our list is the Inferno Grill and Café, which is less of a generic charcoal chicken shop and more like a fully-fledged family-owned restaurant. Based in Maroubra, one of the best things about the Inferno Grill and Café is that they are licensed, so you can enjoy their delicious food with a beer or a wine (beers are $5 every day!). If alcohol isn’t on your agenda for the evening, you can’t go past Inferno’s delicious thick shakes, which include flavours like Mocha Tim Tam, Berry Bash, Choc Nutella, Cookie Dream and Chocolate Swirl. They offer both beef and charcoal chicken burgers (both grilled and fried), along with ice cream and churros for dessert.

So, with so much on offer in Sydney, it’s easy to see why residents are spoilt for choice when it comes to charcoal chicken. If you’re looking for a standard hunger buster or something a little different to your usual takeout, consider one of the great providers on this list. You won’t regret it! 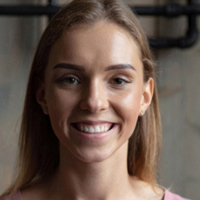 Alexis Hennessy
Alexis Hennessy is a pop culture journalist with 10 years experience writing on offbeat subjects. She is the former junior editor of Wireless Flash, a news agency that provided The Daily Show, Good Morning and many other shows with news segments.

If you live in the area, then what the Newcastle weather is will affect how you spend your time on...
Read
Health & Lifestyle

Reasons to be stretching during work and office hours

Sitting at a desk all day is a common thing amongst office workers, however it is well-known that sitting in...
Read
Health & Lifestyle

The keys to a longer life span

Many people in the world want to live longer, and whilst our average lifespan has only gone up since the...
Read

If you live in the area, then what the Newcastle weather is will affect how you spend your time on...

Being an entrepreneur is all about generating new business ideas, understanding the market and then capitalizing on new opportunities. Time and time again, entrepreneurs across...

If you live in the area, then what the Newcastle weather is will affect how you spend your time on the weekend. The following...

Ways that watching movies affects you

We all love to watch movies, and with so many different genres of movies, there is a movie for just about anybody out there....

Being an entrepreneur is all about generating new business ideas, understanding the market and then capitalizing on new opportunities. Time and time again, entrepreneurs across...

If you live in the area, then what the Newcastle weather is will affect how you spend your time on the weekend. The following...

Ways that watching movies affects you

We all love to watch movies, and with so many different genres of movies, there is a movie for just about anybody out there....