Bashar Ibrahim is a well-renowned property mogul and his name is recognized across the property industry and business world. His many properties have made headlines due to their lavish design and beautiful architecture, as well as eye-watering prices. For many within the real estate industry, Bashar Ibrahim is an inspiration and some form of idol to look up to. His profits from flipping properties have garnered him a tremendous amount of wealth and his secretive nature is one shrouded in mystery. Breaking into the property game is notoriously hard and requires a considerable amount of upfront capital to do so. Ibrahim didn’t start off with this capital, and needed to work his way up the ranks of the business world before making his way into the property market.

He started off as a graduate from the University of Sydney with a degree in commerce, working as an analyst for a large investment firm. After experiencing the business world for years, he broke out and formed his own business tech firm. His cutthroat business style earned him a reputation, and also helped him to secure many deals which brought him to the spotlight of the business world. His reputation spread and thereby his dealings with other business moguls did too, garnering him a good fortune which he invested into startups, shares and other investments. These investments accumulated over time, and soon enough he decided to make his move into the property market buying up a few apartments in prestigious suburbs. These apartments were subsequently leased out. Ibrahim got lucky and one of the startups he had invested in sold to a large tech company for a billion dollars, with his stake in the company raking him in a small fortune. With his newfound increased wealth, he was able to buy a few properties around the city which were then renovated and sold for incredible prices, making him a huge profit in the process. The designs on the newly built houses were lavish and he enjoyed major attention from the wealthy looking to move into new areas.

His house designs featured incredible Italian designs with simplistic colours, swimming pools and grand interior designs and functionality such as home theatres, heated flooring all over the house and beautiful marble features.

The attention drawn to his properties from real estate media outlets as well as general word of mouth had buyers in a frenzy, all looking to snap up his newest property, partly for the house and partly for the reputation that came with it.

His newfound ‘fame’ in the real estate industry and the property market had his newly renovated properties being quickly bought out by anyone that wanted the recognition as well as the property.

To this day, Bashar Ibrahim has sold over 20 properties for outlandish prices due to their incredible designs and functionality, and enjoys a very wealthy life because of this. Ibrahim himself demolished and built a house for himself worth a staggering $12 million. His house includes a 12 car garage, swimming pool sized Jacuzzi as well as an enormous swimming pool, a large backyard area and garden as well as other interior functions such as an indoor theatre, beautiful chandeliers and an incredible kitchen with various functionalities.

In summary, Bashar Ibrahim is a property mogul who started off in the business world and through various smart investments and the building of his own firm, he was able to break into the property market and create a reputation for himself. This reputation involved him building lavish houses with incredible design and functionality. This garnered him his wealth and reputation that he has to this day. 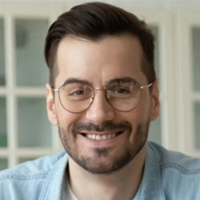 Aidan Wentcherhttps://www.litamagazine.com.au
Aidan is a general assignment reporter based in his native Sydney and graduate of the University of Sydney for Communication and Journalism. He has previously worked at MH Magazine and Ferro Magazine.

How data science can be used to improve your business

Data science is a relatively newly recognised branch of science due to the rise of technology. Big data is a...
Read
Health & Lifestyle

What are the most important traits for a family lawyer to have?

Family lawyers are some of the most in-demand legal professionals in the world. This is especially true in Western countries...
Read
Business

US telecom major, AT&T, is reportedly negotiating the sale of its gaming division, Warner Bros. Interactive Entertainment (WBIE), with a number of...
Read

The world is changing at a very fast rate, and where you and me would have been in classrooms with...

Tech is a highly promising and broad field which has generated some of the biggest success stories in the history of humankind. It is...

Tech is a highly promising and broad field which has generated some of the biggest success stories in the history of humankind. It is...